These innocuous little beasts are one of the worst things that you could throw away because they end up in the landfills, leaking harmful chemicals into the earth and causing all kinds of problems for animals. Acid, nickel, cadmium and lead are just some of the materials that batteries are comprised of, and none of these are good news if they get into groundwater or soil. Instead of tossing your old batteries, take them to your local recycling facility, or check to see if any of your local shops offer a recycling plan.

Most people only buy a few refrigerators in their lifetime, so it's easy to see why many people fail to understand the importance of recycling their old ones. After all, what's one measly refrigerator in the landfill every ten to fifteen years? The danger is worse than you may realize. Refrigerators are filled with gases, or refrigerants, which can damage the earth's ozone layer if they are released into the air. Don't risk damaging the planet; if the company that you buy your new refrigerator from doesn't recycle your old one, contact your local recycling centre for recycling.

The average Canadian home has two or more television sets, and at some point, those TVs will need to be replaced. If you have an analog television that you need to dispose of, keep it out of the landfill. It's estimated that the average analog TV has anywhere from four to eight pounds worth of heavy metals (lead, barium, and chromium are a few) inside. If these leak out into the soil they can cause serious damage to the environment. Newer televisions also contain toxic materials that are harmful to the planet, so they should be recycled instead of trashed.

Your local recycling facility can take your old televisions and recycle them safely, or you can contact electronics stores in your area and see if they offer recycling of electronic devices such as televisions.

Have you ever thrown away an old hair dryer that stopped working, or tossed out an old microwave when you bought a newer one? These items are much better off being recycled than taking up space and releasing harmful chemicals into the earth in a landfill. If the items are mostly metal, you may even be able to get a little money selling them as scrap metal to your local scrap metal dealer. If they won't accept them, your local recycling centre should, so give them a call.

If you have an old clunker that's sitting around, taking up space and waiting on hand to be used as "spare parts," it's time to visit the vehicle recycling centre. Old cars that aren't fit to drive should be recycled to prevent them from leaking oil, coolant or gas into the environment. From your tires to your car's battery, there are very few parts of a car that can't be stripped down and recycled to keep its components out of the landfill. Plus, your local scrap metal company may offer to pay you a nice sum for your "good deed," giving you even more reason to recycle.

When it comes to disposing of your household items, don't just throw them out. Recycle whatever you can so that you can reduce your carbon footprint and keep the planet healthy. 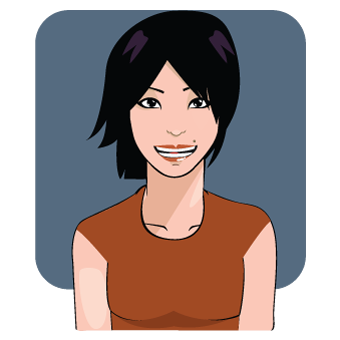 When I opened my bookstore a few years ago, I knew that the heating and cooling system needed to be top notch. In order for customers to come in and spend the time needed for browsing and making selections, they needed to be comfortable. It didn't hurt that temperature and humidity control was good for my inventory too. Choosing the right system does involve considering a lot of factors. Some of them I already knew. Others were brought to my attention by the service technician who helped me choose a new central unit. If you are opening a business that will rely on customers visiting your shop, let me talk to you about heating and cooling options. The things I'll share will help you choose something that is efficient, affordable, and will last for years.